Assault on the impalpable (Oops, that’s embarrassing. Get out of the configuration) 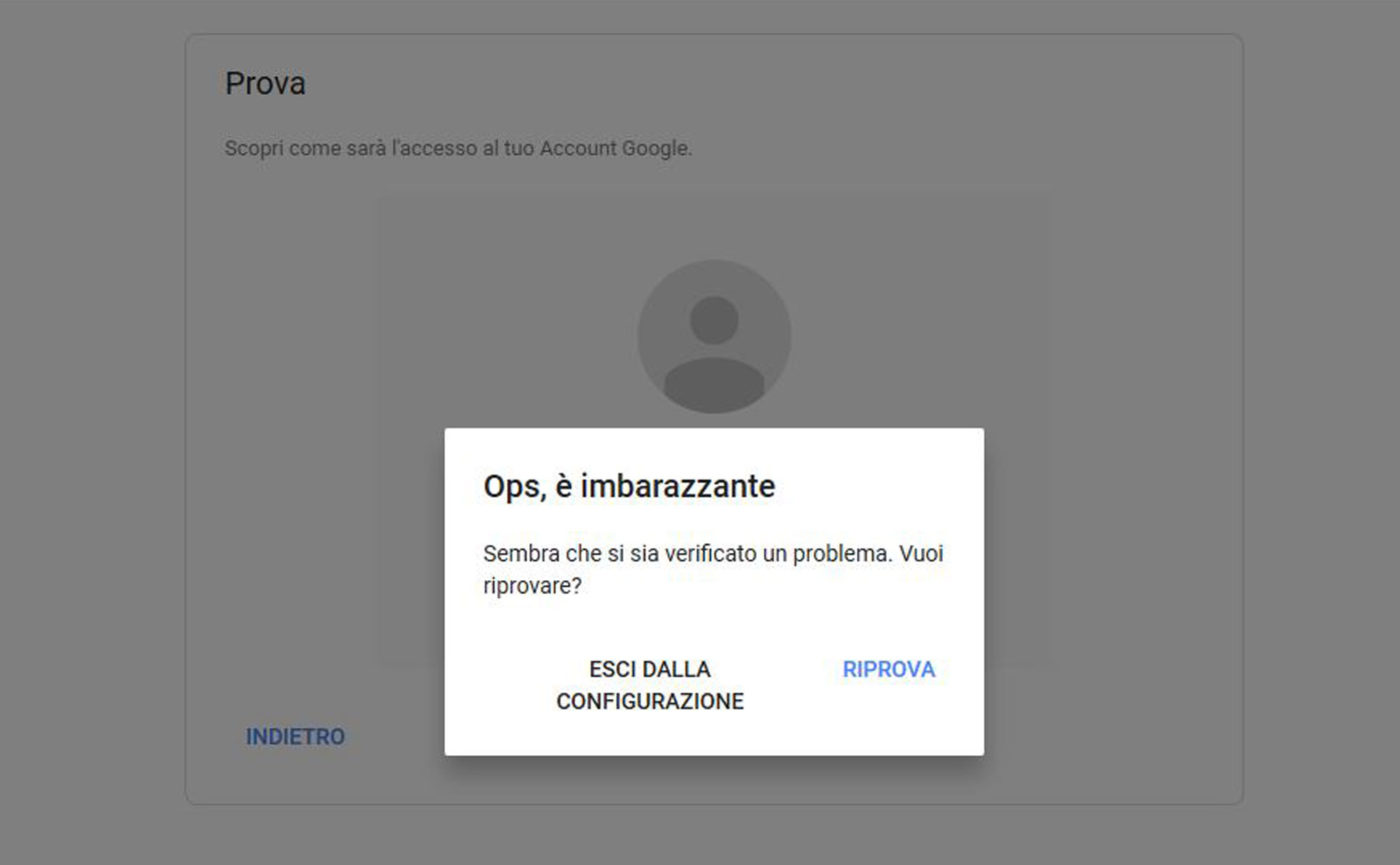 I’ve been listening to music since I was a child, I’m not in any way a technician of the subject, my listenings are purely dictated by instinct and sensitivity. Certainly my way of discovering music, compared to the past, has changed considerably, I belong to that generation that grew up with vinyl, who discovered new musical things through radio, magazines and random purchases. I’m talking about the 70s and 80s mostly and part of the 90s. Since my desire to listen to new things hasn’t died down for a few years now, in order to get to know the productions after 2000, I exclusively use the internet. As said, I’m not a technician, but it seems to me that today there’s really no other possibility to discover particular things since, many of them are promoted and available only on the net, I never listen to the same things on the radio. Maybe I don’t notice it myself, but if I don’t, it means that radios don’t have the diffusive function they used to have and that record labels are not so careful about many of the things that happen in the music scene. Or maybe it’s not just that. Music, over the years, has become more and more a visual and costume phenomenon, it was already partly so in the sixties and seventies, but with the advent of Music Television and today’s music reality shows, costume and vision seem to have totally taken over the musical aspect, obviously for marketing reasons. And so, to listen to something that still has something to do with music, you have to discover it for yourself via the internet. And, after all, many new bands and composers have no other way but to promote their music on the internet, free from commercial impositions and to conduct their sound research.

If I have indulged in this long digression about music, it is only because it seems to me a perfect parallel of what has happened in art in the same years. The new digital media and, with them, the consequent shift in the fruition of artistic productions, and not only that, galleries and art curators have been deprived of part of their role and most of their economic income. Some of them have been able to make astute use of these new media, while others, most of them, have replicated the dynamics already observed in music. Looking at the portfolio of artists from many Italian galleries, one element seems to unite them – despite the difference in the types proposed, be they photographic, pictorial or art more oriented to “cold currents” – a general tendency towards a strongly decorative production, full of furnishing possibilities. Just as music has become more and more the sound carpet of our lives, rather than a phenomenon oriented towards listening, so the visual arts have essentially become the subjects of interior and exterior “embellishment”, homemade or urban, rather than elements of existential observation and reflection. As a result, curators, also trying to survive, have now become mercenaries ready to propose and support any production, even those they consider aberrant, for adequate compensation.

Generally speaking, all these productions propose a tired classicism, which can take on the semblance of an academic figurativism or one with a pop flavour or that of a non-figuration, which, precisely because it is such, lends itself better to the purpose of furnishing, both in a formal and chromatic sense and, having seventy years of production behind it, it too has inevitably changed into classicism, the same thing can obviously be said for “cold” productions. Then there are the myriads of installations of the so-called “public art”, which are revealed in urban playful rather than social aspects. Yes, because in this logic, art must amaze, amuse and furnish, but certainly it must not dare to make people think, it would otherwise become an element of “shaking” and social subversion. It is right, instead, that everything and every actor on the scene remains in its place, as Wharol already declared and, in more recent times, supports Achille Bonito Oliva, founder and theorist of the Transavantgarde and already an exponent of the Neo-avant-garde that characterized, marking deeply, the postmodern landscape in our country.

But this intervention of mine is certainly not intended to turn into a social media exaltation. They too, in fact, behind an apparent liberation hide the same practices that, indeed, become even more stringent and suffocating. Free therefore from any illusion, even if they allow otherwise unheard voices to exist, at the same time they oblige them in the deafening noise of the exorbitant amount of information that is daily introduced and profuse and, among which, of course, coexist with those same productions of classical and swampy nature. This aspect, of the parallel coexistence of the different productive natures, would have nothing strange or negative, on the contrary, multiplicity is a distinctive character of social health care that knows how to contain differences. But this is not the problem, the problem, if anything, is that even these other productions that try to deviate and, to a certain extent, to oppose those dynamics, within those channels can only adhere to the same logic. This is because with the advent of the Information Age, where the collection of information through digital channels constitutes the economic coffer of the new immaterial capitalism, they too become part of a production to which they would like to oppose, falling, instead, into the same dynamics foreseen by the new information economy. This obviously happens because the practices of “free time” and “diverging”, i.e. the space dedicated to entertainment, are no longer such. At a time when art and culture are becoming a market, there is no longer any difference between the time of work production and that of individual “recreation”, within which one is a consumer and, therefore, one continues to be an active part of that economic dynamic that leaves no way out, throwing societies into an inhuman impasse, precisely because it does not contemplate space for the human outside the productive dynamics. And this is certainly not a human logic, designed for the human being, who demands a space for himself outside the roles assigned and imposed. The human is prior to roles, to social structures, the human is already in coming into the world, beyond the organizational-social form that that world gives itself. Today we have put the organization and structure before the human being, taking away his dignity of existence. We have closed ourselves within a structural abstraction, conceived and reproduced by ourselves and from which we cannot escape. An abstraction that, by its nature, is devoid of life and, therefore, unsuitable to contain it. This structural box, whose immaterial walls we voluntarily erect day after day, contains us by leaving the human outside of it and suffocating life within it. We cannot force its walls if, at the same time, we erect them. The shocks and cries from within remain unheard, as there is no humanity on the outside. This immaterial box, whose walls are made up of increasingly virtual socio-economic roles, is impossible to destructure. Or maybe not. The solution is simple, within reach and for everyone, right here in front of us, and yet in this extreme simplicity it is imperceptible and utopian. The cessation on our part of all digital communication would be tantamount to the removal of the economic-vital lymph essential to the survival of this immaterial superstructure. The subtraction of the flow of information would cause the economic system fed by it to collapse and the roles that each one of us is called to interpret within it would collapse: we would cease to be users and suppliers of its raw material and, at the same time, product of it. Without the food, of us, the box ceases, simply no longer “is”. But this solution, so simple and evident, is impracticable, since it would require a planetary conjunction of intentions impossible to implement, when the vehicles of organizational communication of its implementation are the same objectives of destructuring, which can watch over it, distort and mislead, to the point of leading them back to their own informative-economic-political practices that would further enrich it. Once physicality and geography have been subtracted, social and work relations have been transposed into virtuality, the organization outside of it becomes unworkable and, what we would have once called revolution, inside it becomes visible and manipulable.

Having said that, as you can see, I will not cease to attack this impalpable coercion, even if this assault of mine may become useless or even risk fattening it. Crazy or useless as it may be, this is the task we are called upon to take on today, so that those who will follow us will not be denied existence and future.

For this intervention it is impossible for me to draw up a bibliography, it is in fact aroused by everything I have read and seen, by my training and my experience, in short by the most intimate feeling of my existence, made up of different origins that have brought to me the observations reported here.