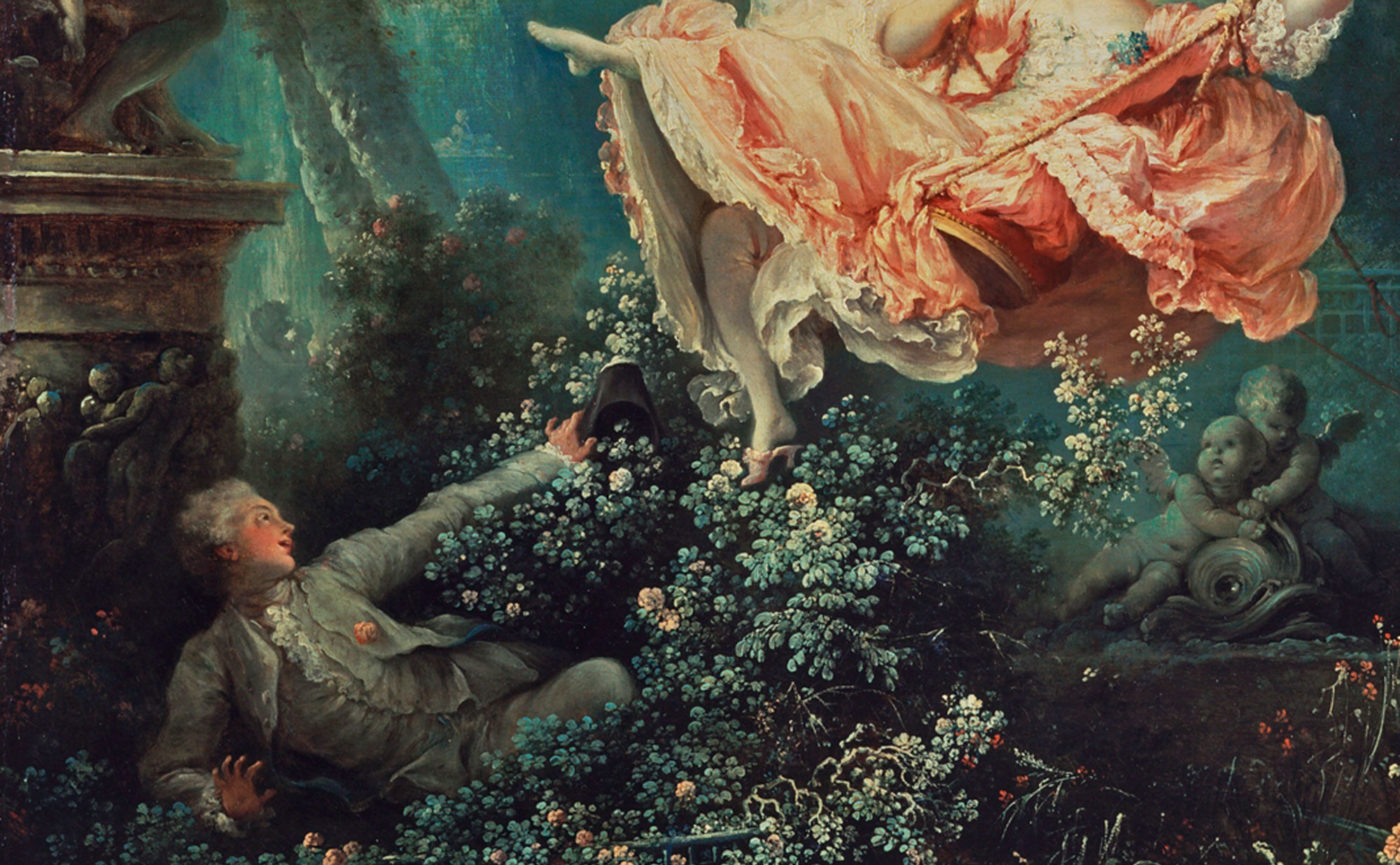 The provenance of an author’s language, from a previous tradition, is therefore part of the dynamics of normalization (a process whereby an innovative or exceptional phenomenon, over several decades, spreads in the popular imagination), although it does not deprive it of the research content that instead continues. He takes up a discourse that comes to him from afar. He discovers that he is the son of a lineage to which he gives new life to enable it to be regenerated.

Anyone who knows Tim Burton’s (1958) cinematography knows well how the fulcrum of his imagination are the black fairy tales. The filmmaker draws on the natural popular vocation of fairy tales, whose oral tradition is free of Disney’s sweetening or of certain contemporary illustrated literature. The sick figures that make up Burton’s universe have a father in the American illustrator Edward Gorey (1925-2000). This is particularly evident in his animated films, in Nightmare before Christmas (1993) – his first successful animated feature film conceived while still working at Disney – the parallelism with Gorey’s world is even surprising. 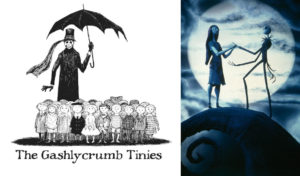 The figures that inhabit the illustrations and stories of Goery are also dark and sick. The protagonists are often children with dark circles of eyes, a sign of illness and imminent death, a black and disturbing world that prefigures much of Pop Surrealim (the Lowbrow current or Pop Surrealism was born in Los Angeles at the end of the eighties of the last century), where the dolls-children, exanguous and sick, are one of the models preferred by painters of this current. We find excellent examples in the work of one of its protagonists, Mark Ryden (1963).

In Ryden’s painting the role played by the child dolls is that of victims, whose executioners are politics, through the figure of Abraham Lincoln, and religion, Jesus is another of the recurring subjects in his work. His paintings are pervaded by disturbing and mysterious atmospheres, rich in Masonic and esoteric symbols, where the female figures are often combined with the slaughtered flesh. Is it politics and religion that make these girls meat for slaughter?

Of course, the imagination of Ryden and Pop Surrealism has profoundly marked the illustrative production of recent years. One of the protagonists of Italian illustration, Nicoletta Ceccoli (1973), is a clear testimony to this. In her, the reference to Ryden’s work is an almost slavish homage. Her illustrations, however, have a more rarefied atmosphere. They are pervaded by atmospheric mists that envelop Renaissance landscapes with aerial perspectives of Leonardo’s memory.

But, as we said, the world of contemporary illustration abounds in authors with the same taste, just think of another of the most famous names today, Benjamin Lacombe (1982).

In some of his illustrations, however, his malicious dolls take on an attitude of languid eroticism, which seems to be inferred from the work of another of the protagonists of pop Surrealism, Ray Caesar (1958).

This universe of pale girls – made ill by insane social culture or morbid pathological lust – with disturbing and dark tones and suspended atmospheres, reaches us from afar. From the roots of contemporaneity, when, following the bourgeois revolution at the end of the 18th century, the Gothic novel was born (1789, the date of the French revolution, was the culmination of that renewal drive triggered by the Enlightenment, whose rationalist and scientific spirit led him to the destruction of the power of the noble class and to a democratic expansion of social rights and cultural spread, while in England, from the second half of the 18th century, the democratization of consumption had begun following the industrial revolution). The forerunner of genre literature, it contains the seeds of much later genre literature. If we think, for example, of Frankenstein (1818), by Mary Shelley (1797-1851), the literary elements that would later be typical of horror or science fiction fade into one another. There is the monster, but its origin is the result of the sick genius of the scientist, an aspect that will become typical of science fiction imagery. In novels such as Carmilla (1872), by the Irish Joseph Sheridan Le Fanu (1814-1873), progenitor of the vampire universe, horror elements are mixed with the sensual elements of a sentimental and libertine novel. The feminine, milky and sick sensuality is the concrete protagonist of this novel. From here come the young sick girls who emanate a perverse eroticism, but as in Le Fanu, the dolls of Pop Surrealism, are beings suspended between life and death, surrounded by a halo of mystery that has supernatural. As suspended is the time that inhabits the Gothic novels and pop surrealist paintings. 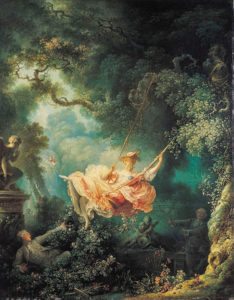 One of Burton’s first animated short films, when he was still working at Disney, was inspired by Shelley’s novel. In Frankenweenie (1984) a child decides to give new life to his missing dog.

Moreover, the weight that the Gothic novel exerts on the popular imagination of the twentieth century is really transversal. Just think of one of the most celebrated comic book characters in the cinema, of whom Burton himself shot a couple of episodes. I’m obviously referring to Batman. His stories are set in Gotamcity, a clear homage to the literary genre and the architectural style of the same name full of grotesques. If we then think of the figure of Batman, the relationship with the Dracula (1897) by Bram Stoker (1847-1912) is really impressive. The dark and nocturnal atmospheres are those of the Gothic and the bat man can not help but remind us of the count vampire that turns into a bat.

As you can see, the genealogical trees of the stylistic origins branch out in various directions and the shadow they project is always very long. The game of the cross-references could, after all, continue to infinity, resulting, moreover, in what is the author’s expression. The imaginary of an author has necessarily formed on historical precedents of various kinds, determining formal and thematic aspects.