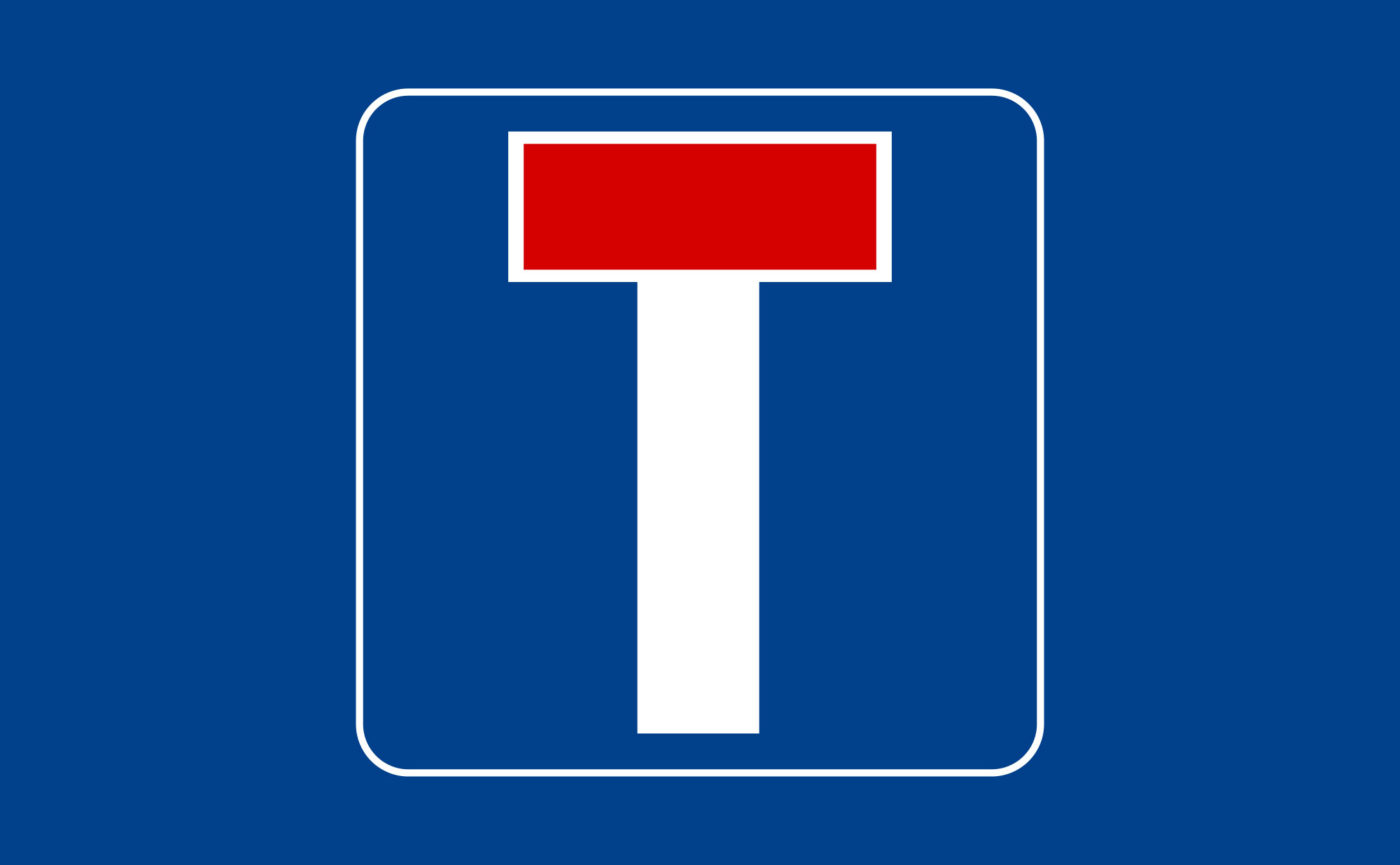 This intervention was triggered by the reading of Jean Giraud – Moebius Histoire de mon double, passed to me by Marco Bianchini, a talented Italian cartoonist on the breach for many years now. Some passages of the text have struck me particularly and I would like to give them an answer. In particular, Moebius insists on some linguistic aspects that are particularly important to him in the chapter Questions of style. In the text, the great French cartoonist tends to superimpose linguistic-technical expressive issues with considerations of qualitative-artistic value attached to the commerciality or not of the products and in doing so he brings the example of cinema.

“[…] It was the great moment of the Nouvelle Vague, of Truffaut’s first articles in ‘Arts et Spetacles’. There was a passionate debate about American cinema. Hollywood embodied the childhood of cinema, cinema eternally squeezed between artistic expression – sometimes winning – and the commercial level. The various Hawks, Walsh, Ford and Hitchcock were not afraid to make films for the general public. They didn’t lose anything of their substance or their talent, on the contrary. They had their own way of moving the viewer, of making him question the meaning of life, feelings and passions. The alleged quality of the audience did not affect the quality of the work. Art could move freely without falling into the ‘vulgarity’ of what the Romans attributed to vulgus, the common people. […] France has not yet emerged from this eternal debate of Chinese boxes: the detective novel is not a novel, the comic strip is not drawing, drawing is not painting…” (Jean Giraud – Moebius, Il mio doppio io, Rome, DeriveApprodi, 1999)

Now, it is certainly clear how Moebius intends to underline a tendency towards separation between “low and high limbs” as it were, but in doing so it superimposes arguments that should instead be dealt with in their specificity, under penalty of clarity and understanding of the subject of the argument. Now I will leave out how Hollywood cannot embody the childhood of cinema, having been anticipated by other modes of expression of that language, which have determined and outlined the language then assumed by Hollywood cinema. In any case, this double line of argument, superimposed between intentions of artistic quality and linguistic expressiveness, is especially evident in the last sentence. When he says that France is still prey to a reasoning conducted for Chinese boxes for which the detective novel is not a novel, the comic strip is not drawing, drawing is not painting… The detective novel is a novel, possibly a genre novel (and here we should go back to talking about the transformations that occurred within the Enlightenment, including, in fact, the birth of the genre novel and I have already discussed several times in previous interventions to which I refer), but still conceived and executed through a literary code. Drawing, on the other hand, is not painting, because it is simply not linguistically, that is, it uses other expressive instruments and this for more than one reason, let’s see them in detail.

First of all, the comic strip is a compound code, that is, it does not only use the image for its communicative expression, but it also uses the text, which can be understood as a dialogue, as a description, as a voice off, as an onomatopoeia, even if, although it is a written word, it uses a form and dimension of lettering that suggests its type of sound and intensity. The comic strip, therefore, relates different expressive codes making them dialogue and interact.

Secondly, comics are a sequential art, it is no coincidence that the year of birth of comics is common to that of cinema, 1896, so much so that, at the dawn of both, expressive and narrative exchanges and thefts were the order of the day. These two expressive disciplines can narrate with temporal “before” and “after” and make a very wide use of the types of framing.

Finally, comics, at least the most widespread and traditionally understood, is a predominantly graphic form of expression. Where the drawing, the contour line, outlines animated and inanimate subjects and where shadows can be used both in terms of blacks and hatching, this, as I said, if we stick to the traditional manifestations of this language, where even the use of color tends to fill the forms already traced by the drawing.

Painting, on the other hand, is not sequential, it uses only one image, expressing itself with only the image, but this image does not manifest itself as a drawing or graphic line that gives form to the represented world, but instead reveals itself in pictorial matter, for which form is also expressed through the chromatic mass. That is why comics are not painting.

Obviously this does not determine that one is high and the other low, both can be high or low according to the performer, but the argumentative confusion put in place by Moebius does not help his speech, making it instead misleading and part of a tendency to misinformation on these aspects.

It is no coincidence that shortly before, in the same chapter, Moebius had written “Comics are an art of drawing. The art historian will never admit it: the art world is completely detached from the world of comics. Yet in comics you are more draftsmen than you have ever been before in the history of art. Why? Because you have to draw everything without models and by heart. And the drawing must be rich, alive, have the sense and all the complexity of reality. Even here Moebius does not go to the bottom of the problem, again superimposing distinct planes. It is certainly true that comics are an art of drawing, painting, as I said, is an art of matter. The misleading aspect of Moebius’ speech resides in the comic-realism pair, both because not all comics are “realist” and because what he calls “realism”, in fact, is not. And even in this case for more than one reason: the first concerns the question that no representation is realistic, not even the cinematic one, but here I refer to my speech that focused on the illusion of realism: https://www.danilosantinelli.it/danilos-blog/illusorieta-del-realismo/; the second concerns the mode of application of the so-called “realistic” drawing implemented by the comic strip and dictated by its sequential need that forces it to repeat the same subjects over and over again, thus having to resort to a modularity of anatomical forms that make them more easily reproducible through a perfect mathematical symmetry. Symmetry that in reality is very attenuated, if not even denied, even this aspect is more detailed in my speech above mentioned.

Finally, Moebius believes that the world of art and comics are absolutely separate, which would be desirable, at least in its aims. Unfortunately, the opposite is true, that is, how from the 1950s onwards, substantially from Pop Art onwards, the plans have completely overlapped and, even more seriously, how the aims have overlapped. A problem generated by postmodern expressive and philosophical practices, which have spread in every existential ravine and that want to force us to think of everything as similar and vanishing complexity and differences. A culture that has experienced its greatest extension with the generation to which Moebius belonged and to which he has tried to oppose, even if falling into some of the pitfalls of that thought.

On the one hand there is the comic strip, whose language is the heir to the narrative modalities of the genre novel born within the Enlightenment, on the basis of which modern illustration also originated, as well as the term illustration itself, born in England in 1817 in an atmosphere that had become romantic. On the other hand, there is the painting that in that same period renounced the commission to become an instrument of research and emancipation, taking on subjects of a popular, social and civic character and flanking the changes then taking place in the historical-social order in the democratic sense.

While comics, in their own way, have remained faithful to their original mission and vocation, perhaps losing a little of their freshness and sclerotizing, painting has instead betrayed the mission assigned by Romanticism onwards. Even though he excluded clients – assigning himself the social, civic and design vocation of the future – today he finds himself absolutely succumbing to the strategies of the market and, therefore, once again a slave to the client he had renounced in order to become an instrument in favour of man and his evolution and emancipation.

A process that is trying to homologate all forms of human expression precisely through a flattening of their languages and that takes away, from each of them, the richness of the different aims and peculiarities, whose diversity was symptom and instrument of a healthy and growing society, but whose shift in the crystallized linguistic homologation becomes, instead, instrument and symptom of a cultural and social impasse now under the eyes of all. Subtracting these linguistic and finality specificities is tantamount to subtracting the capacity for social and cultural reinvention by infiltrating a dead end due to a lack of vision.