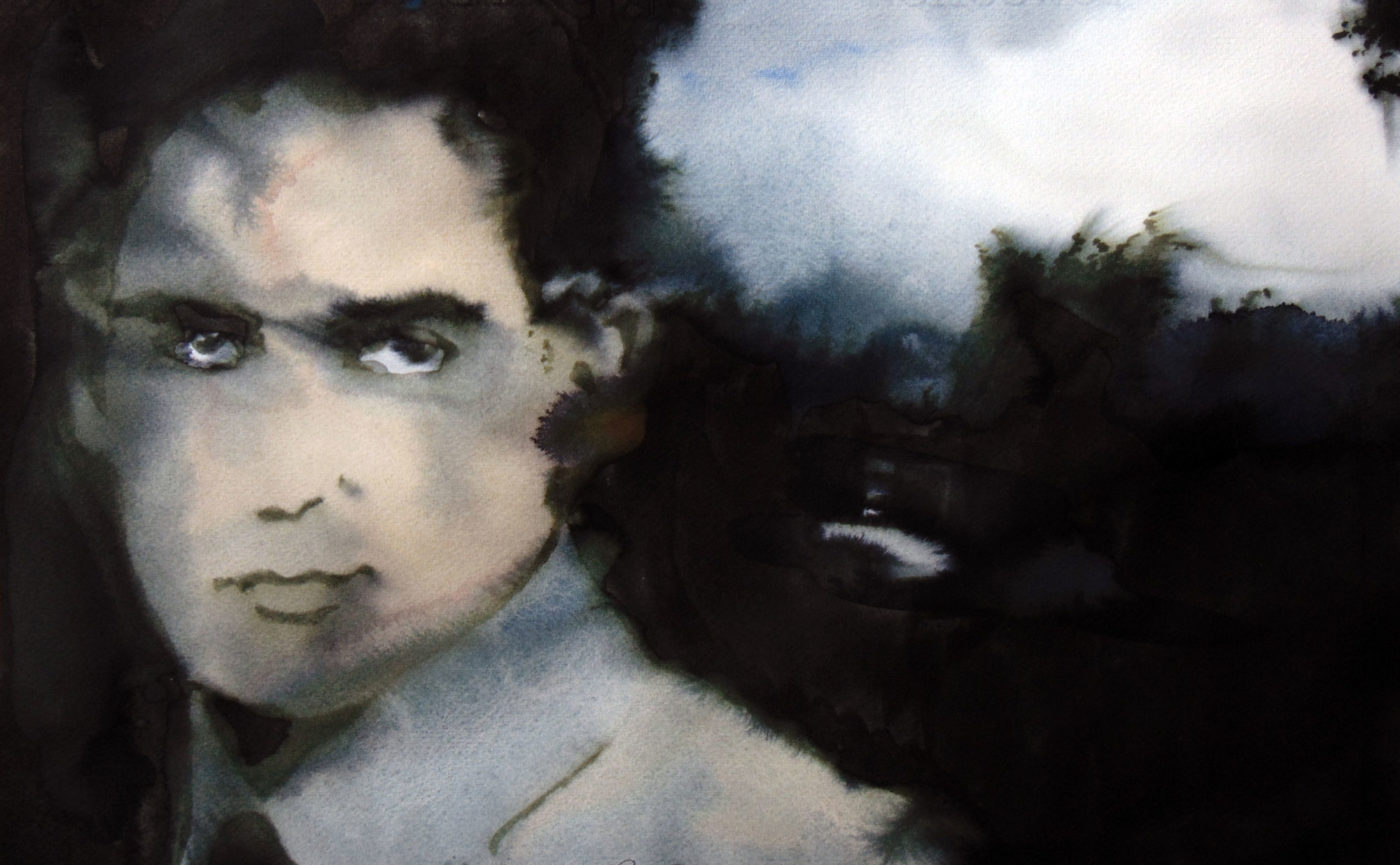 One of the fascinating aspects of teaching is the stimulus that the student raises with questions, affirmations, aspects of his sensitivity that emerge from the drawing and the imaginary that constitutes him and that will be shared, generally, by his classmates. This intervention of mine was suggested to me by a speech made a few days ago with a student, who said that you can not do too many things together, since you would risk not doing well none. I, in summary, and on the moment, replied that it depends on the personality of the individual and his knowledge, basically his curiosity, it is she who pushes us to face new experiences and to acquire more and more knowledge. It then occurred to me that another former student of mine made a similar speech some time earlier. But is this statement, which is much more widespread and certainly not common to my two students alone, true? I would like to respond in a more thoughtful way, bringing that statement back to a historical level.

Put in a historical perspective, this statement would be denied for several reasons: the first, the existence since ancient times of the so-called universal men, a term coined in the Renaissance to indicate multifaceted figures of culture, art and science such as Aristotle, Eratosthenes of Cyrene, Erasmus of Rotterdam, Leon Battista Alberti, Copernicus, Michelangelo, Leonardo, Descartes, Pythagoras, Galileo, Diderot, Hugo, Giovambattista Della Porta, Kant, Marx, Newton, William Blake, Kepler, Thomas Jefferson, Einstein, Huxley, Bertrand Russell, to name but a few of the most famous names in the western area; the second, is marked by the multitude of intellectuals of every age and geographical area who, for their curiosity and cultural militancy, have always been active figures in several areas, just remember Pasolini, Calvino, Pirandello, Montale, to name but four of the Italian writers of the twentieth century, the third, the need that in every age has imposed on people of culture, and belonging to various expressive disciplines, to interact with different areas. It was common for a painter to use his visual knowledge in fields other than painting, an aspect that could be dictated by necessity and we can see how a substantial part of the nineteenth century painters were also dedicated to illustration of various kinds (narrative, advertising) or dedicated to furniture or, still, to teaching, aspects that could also be dictated by a need for research that prompted many of them to conduct analytical investigations around the visual topics covered by their work, thus also starting a parallel career in non-fiction or journalism and that could also do the pair with teaching.

One could certainly say that such an interdisciplinarity was once permitted by the lower number of knowledge produced by human civilization and that, subsequently, its growth forced a sectorialisation of knowledge. So, if this were totally true, in the following centuries this phenomenon would have had to disappear, but it is instead a common trait of many figures of the Enlightenment, of Romanticism and of the historical avant-gardes of the twentieth century.

This character, of artists-intellectuals active in various fields, was more widespread until about the middle of the twentieth century, to be reduced significantly later. It is therefore interesting to wonder what is the reason for this reduction. I had already discussed how a progressive historical tendency to abstraction had led to a split between artists and society and their abandonment to the categorization of roles, within which they became performers of poetics ordered by critics, in a process very similar to that of market operations where the “product” is designed according to the characteristics of the target market itself (https://www.danilosantinelli.it/danilos-blog/2-the-process-of-abstraction-in-the-contemporary-age/).

It is precisely in coincidence with the progression of the market – and in particular that formed after the third industrial revolution at the end of the fifties and which intersected the process of digitization, triggering in the early seventies the so-called Information Age characterized by the immateriality of economic products – that this reduction is becoming increasingly significant. That is, with the progress of what Galimberti calls technology, where by it he does not mean the use of computers, mobile phones and so on, but the pressing need for functional individuals in a society increasingly oriented only to economic law. A process that, according to Galimberti, was triggered more vigorously in the Enlightenment era following the first industrial revolution and the consequent changes that brought about in the procedures of mechanization of work, society, in the landscape change, which from rural undergoes a wild urbanization. In such a context, the survival of individuals is dictated by their functionality to the market system, outside of which they are marginalized and non-existent, given that the so-called “human values”, which the Enlightenment was trying hard to promote and survive*, have no place, constituting an impediment to the market. This position is all the more true in an Information Society whose economic practices are totally based on the imposition of the imaginary of consumption and, within which, the subjects are both producers and consumers at the same time, essentially becoming products themselves. This shift has allowed and promoted the ideology of success: industrial, artistic, cultural or customary does not matter, as long as it is marked by economic recognition, without which there can be no value and without which, evidently, what is accomplished is little except as a result of an adequate economic-remunerative compensation. This viewpoint is in stark contrast with many of the historical-biographical events of those personalities who today we consider fundamental and indispensable for our cultural and scientific evolution. But they are often evaluated without biographical data in hand. Precisely because in an era and in a society without personalities today we live, provided that we do not consider as such those mediatically built according to the methods of marketing and communication and prevailing in every disciplinary field, from entertainment, culture, politics and, therefore, functional and promoters of the market rather than critical of it. A success for themselves and not for the community, narrow and cowardly in its self-referentiality, only oriented to personal economic recognition, rather than oriented to the construction of the common heritage and the shared good.

In an age dominated by the market rule, the investigative nature of cultural exercise can only be perceived as an obstacle and impediment, precisely because of the questions it raises. Therefore, the more knowledge and doubts one lacks, the more functional one is. Here, then, the sectorialisation becomes “functional” to an anti-dubitative market system, which has no time to lose with human peculiarities, having to quickly reach the objective of monetisation at all costs. Knowledge and interdisciplinarity constitute for it a threat and an enormous waste of time.

As far as I am concerned, I have always conceived cultural action as a critical-analytical tool, aimed at a project of a different future, whose aim can only be human emancipation with respect to coercive powers, be they political or economic. This is the only functionality I understand because it responds to the human, to its civil and ethical evolution, oriented towards common rather than particular benefits, whereas instead the technical functionality is only at the service of the particular, including success, all the more idiotic and banal because it serves the power and success of someone else higher up in the hierarchy.

So, in this perspective, painting, teaching and dissemination take on their own meaning in the direction of the community, of emancipation to which we would all like to aspire, even if, more often than not, with the wrong tools that lead to its opposite, that is, to an increasingly stringent subjection that, behind the apparent individual success, hides a disarming surrender to the logic of economic power and the substantial renunciation of the tasks historically assigned to cultural and artistic practice.

In a nihilistic age I continue to dream of the dream of emancipation, even if logic would suggest that nothing is possible for it, to this logical refusal to abandon myself, probably bordering on the illogical and capricious madness of the child who points his feet.

*An aspect that Galimberti would probably not share, identifying in the positivist ideology the very root of the evolution and the upper hand of the technique.

The editing of this article involves personal aspects of my way of being and thinking, which certainly have been formed through my readings, it would therefore be foolish to compile a bibliography with all the readings I have conducted to date and then, in this case, I give it up, not being able to indicate which of them have formed the most of my way of thinking and understanding the world.