From postmodernism to altermodernity 4 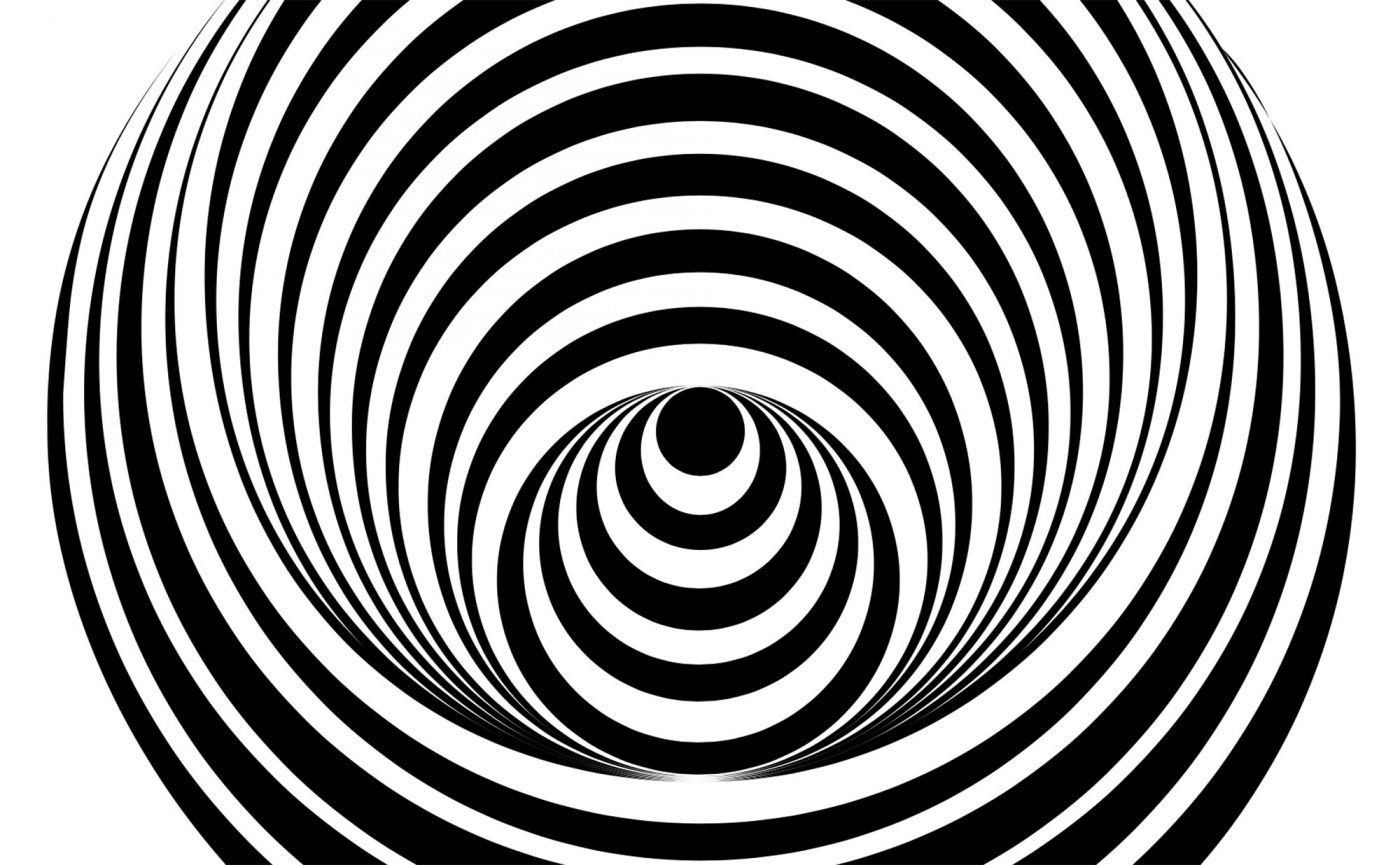 As is well known, the sixties saw the rise of Pop Rock music with the Beatles, confirming the popular vocation of the entire Contemporary Era since its inception. It is, in fact, within this framework that another of those short circuits typical of this era occurred: if during the 1920s Edgar Varese (1883-1965) eliminated the difference between sound and noise, introducing in his compositions a pressing rhythm and pre-recorded sounds (which also marked the beginning of electronic music) and, in the meantime, Charles Ives (1874-1954) had already introduced musical derivations of popular origin such as ragtime, band music and gospel, then both contaminated classical music with the foreign and the low; In the 1960s, Frank Zappa (1940-1993) reversed the perspective and brought the avant-garde, led by Varese and Ives, who had in the meantime become cultured themselves, back into the popular pop rock sphere. It is no coincidence that in the music of the sixties and seventies the use of noise became increasingly widespread, for example in the production of Pink Floyd, one of the most famous groups of the period.

Similar contaminations also occurred in the field of comics in those years. Already at the end of the 1950s and the beginning of the 1960s, an author such as Alberto Breccia had introduced into this typically popular medium certain visual influences of the pictorial avant-garde, as well as the use of hybrid materials. An example that would later be taken up in Italy in the creation of the visual alphabet of a well-known character such as Valentina created by Guido Crepax (1933-2003). The language of visual abstraction and an a-chronological narration typical of the literary avant-garde of the psychological novel come into play in her adventures. This latter genre, which between 1910 and 1925, under the influence of Bergson’s (Henri Bergson 1859-1941) thought, centred on the flow of time, and the birth in 1899 of Freud’s (Sigismund Freud 1856-1939) psychoanalysis, blew up the typical narrative construction of beginning – middle – end, where events were presented in an orderly fashion, replacing it with the experiments introduced in the novels of James Joyce (1882-1941), Marcel Proust (1871-1922), Franz Kafka (1883-1924), Thomas Mann (1875-1955) and Italo Svevo (1861-1928).

In 1974 in France, the parable of the comic strip magazine Metal Hurlant began, which presented many of the visual values typical of the Hippie culture of the time, expressed above all through an obsessiveness and hypnotism already inherent in the psychedelic music genre in vogue in those years, as well as in the covers of those same LPs (long playing 33 rpm vinyls). In painting, in parallel with Pop Art, Optical Art was all the rage, presenting optical illusions obtained with the same hypnotic obsessiveness. This decorative insistence, albeit with different aesthetic results, is certainly not unrelated to the typical modernism of Art Nouveau in its numerous declinations, more gentle and synthetic as in the case of Beardsley (Aubrey Beardsley 1872-1898), but also more obscure and disturbing as in the case of Henry Clarke (1889-1931). 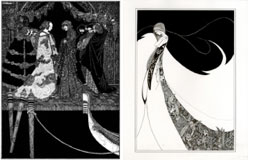 Also in the mid-1970s, in the sphere of American underground comics, Lowbrow painting was born with Robert Williams (1943), a cartoonist who, in his large acrylic canvases, piled up a collection of subjects typical of the popular culture industry along the lines of the previous Pop Art, including, of course, comic strip characters. It is in the 1990s that this current began to take on the characteristics of Pop Surrealism (the name by which it is most commonly known), by which we know it today, as demonstrated by the work of Todd Schorr (1954), whose work up until the end of the 1980s still has a clear Lowbrow imprint, to then change into a painting that presents the more typical pictorial-thematic characteristics of Pop Surrealism and that sees in Mark Ryden (1963) and Ray Caesar (1958) its two greatest representatives. 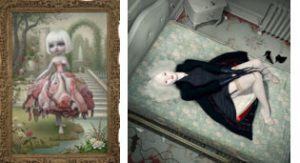 In 1980 the Figidaire experience began in Italy, with the excellent examples of authors such as Andrea Pazienza (1956-1988) and Tanino Liberatore (1953), to name but two. Apart from Pazienza’s Zanardi, the other probably best-known character of the comic magazine was Ranxerox. Initially drawn by Stefano Tamburini – who later became only the scriptwriter – with a great experimental charge made of distortions and elongations of the characters and obtained by pulling prints from a photocopier from which the character takes his name (Xerox is a well-known company that produces photocopiers). Ranxerox was then drawn by Liberatore with the hyperrealist imprint that made him famous.

In the 1980s, the Valvoline Group was formed, which had a privileged space in the pages of Aletr Alter, previously Alter Linus, under the direction of Oreste Del Buono (1923-2003, close to the positions of the Gruppo ’63). The reference to the historical avant-garde is more evident than ever in the works of the Valvolinians, especially in the comics by Mattotti (Lorenzo Mattotti 1954), Igort (Igor Tuveri 1958) and Carpinteri (Giorgio Carpinteri 1958). Marcello Jori (1951), a cartoonist better known as an artist and exponent of the Nuovi Nuovi, led by Renato Barilli (1935), already a member of the Gruppo ’63, also belonged to the group.

The magazine was founded as Alterlinus in 1974, in 1977 it came out as Alter Alter, and in 1983 the Valvoline Group joined it. Oreste del Buono, the director, assigned the editor of one of their inserts: Lorenzo Mattotti (cartoonist and illustrator), Daniele Brolli (writer), Giorgio Carpinteri (cartoonist and architect), Igort (cartoonist), Jerry Kramsky (Fabrizio Ostani, scriptwriter and caretaker), Marcello Jori (cartoonist and artist).